I just had a brief rant for the blog. Like my other posts, this will be short, sweet, and to the point. 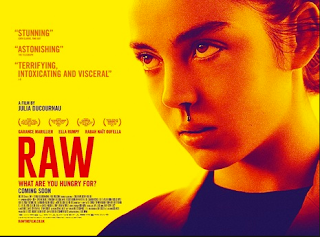 RAW (2016 aka GRAVE)
A fantastic film about a vegetarian vet school student that undergoes a series of dietary changes after some hazing. The thing I found most horrifying in this film is the hazing of the new students. It seemed way over the top and made me curious about if this is really a thing in France. Super solid direction and screenplay from Julia Ducournau. A wondrous, "coming of age" ish drama story with some horror elements, but I can't say that I saw it as strictly horror. I found it to be far more drama, but it was very engaging. 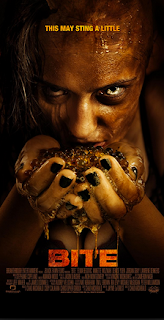 BITE (2015)
A fun ride of a film about a bachelorette party gone horribly wrong on several fronts, the main one being the bride being bitten by an exotic insect that changes her genetic being. Lots of gross-out horror elements tossed into the mix with not much more going on. It's almost a one set film - the majority taking place in an apartment. However, the nastiness is fun and the gore and makeup makes for an interesting watch.

These films were both heralded as some sort of bile inspiring, nasty bit of business only meant for the strong of heart and stomach. Barf Bags were being passed out due to the graphic and disgusting nature of the films.  People were said to be passing out cold from the shock and horror of it all.

I have to say that all this BS kinda took these films down in my head a bit. I fell for the hype, but it had negative results. I thought these might be INSIDE or MARTYRS level films. Films that really messed with you. However, RAW was just a really good film with some gross little moments here and there and BITE was just an above average creature feature. Even the gross out levels where minimal. So, I got my hopes up WAY too high and ended up walking away feeling a bit cheated.

I guess it's really my own fault for listening to the HYPE MACHINE® and it's ranting and raving. I recently saw something that was being compared to something like JAWS meets STRANGER THINGS and it was nothing of the sort, but I also didn't fall for it because....come on. Jaws? Stranger Things? Both fantastic, but if something came out that was like a combination of the two, I think the broader stroke of the media would be discussing it in great detail! hehehe

And, I get it. This goes back through the ages.  There has always been a Hype Machine overselling what we're going to be seeing. 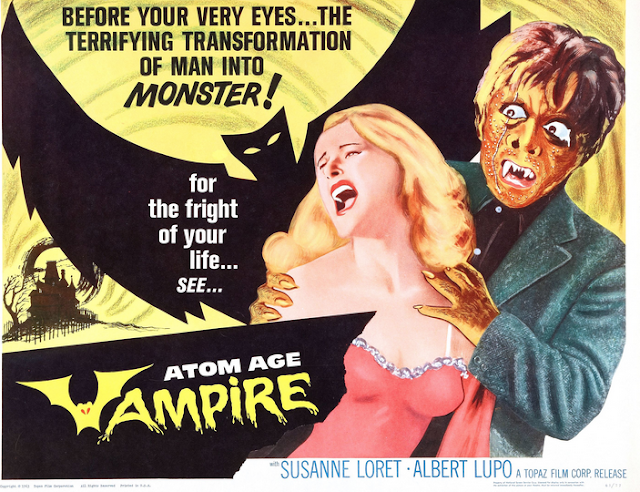 So, don't believe the HYPE MACHINE. Hell, don't even place too much on what people say about films in general. Try to fly into a film blindly if you can. You know what they say about opinions. :)

Posted by malcoJOJO at 5:05 PM