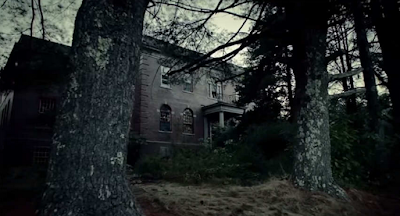 I remember seeing the trailer for this and saying, "Hmmm...that looks interesting. I'll have to keep an eye out for it." Well, as these things go, it came and went and I missed it. I eventually forgot it.

EXETER is a fun, formula film with a few well written twists. Here we are in the asylum-like, empty, abandoned old wreck of a building. (Yup...again.) Here we're having a wild party. (Check.) Everyone goes leaving a select few. (Uh huh....again. Go on.) Here we are performing a ritual we should NOT be performing. (Nope...you shouldn't even be in there. You'll get tetanus!)

But then, it swerves a bit. I mean, even the standard formulas were well executed. No one was too cartoonish or blank. Good acting. Well shot. It already brought a bit more to the table. But then it starts to get interesting and fun in a bit of a new way. It adds a bit more to the possession tale, tossing in some well written intrigue as it plays out - something many of the cranked out possessed films miss completely these days.

Solid story and acting make this film a real hoot. I was riveted and actually gave a shit about the characters. This was no mere "Set 'em Up and Knock 'em Down" cast list. These people were actually developed and engaging. 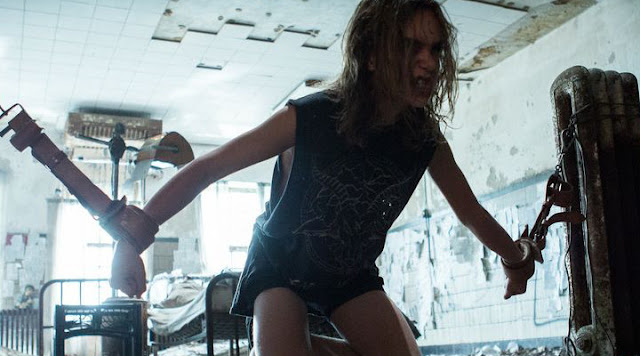 Interesting. The Director took on the FRIDAY THE 13TH remake, the TEXAS CHAINSAW MASSACRE remake and the CONAN the BARBARIAN remake.  Those are tough arse rows to hoe!

"Yeah...these are classic cult films with a HUGE and RAVENOUS fan base that will literally EAT YOU ALIVE if you fuck it up. Give it a go...THREE TIMES."

Not really fair odds for Mr. Marcus Nispel. I'm glad he was able to direct something without the sort of past those other films had. He also wrote the screenplay along with Kristen McCallion - who had written TEXAS CHAINSAW 3D. hehehe  Wow.

And, you like gore? It's got it including a scene where I literally said, "Whoa...I haven't seen THAT before!" And, I've seen A LOT.

Definitely check out Exeter!  It's a fun and thrilling ride. 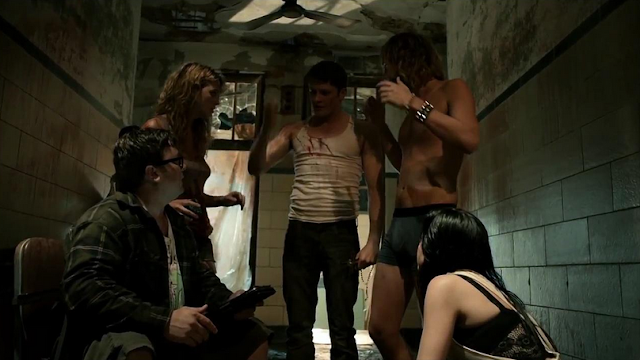 Posted by malcoJOJO at 1:50 PM No comments: