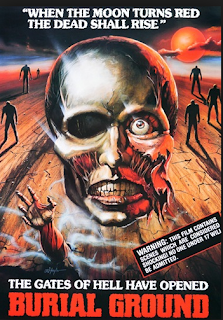 I had seen clips from Burial Ground on numerous clip shows, but seeing the whole film really mad a much bigger impact. It's a fun zombie epic siege film that is now on my FAVORITE ZOMBIE MOVIES list for sure.

A professor is exploring some old ruins and discovers something big. He invites a bunch of people to the site - a manor house is there as well, and goes back down to o more exploring. BOOM! Zombies swarm him and he's gone. And...the guests are still on their way. You can see where this is going. heheheh

The dubbing is a mess and the acting is...well...also a mess in places, but it all comes together wondrously in a bloodbath of Italian flavored goodness and tool wielding zombies! We have everything in here. Fire, head bashing, bear traps, popped eyes, gore and gore and gore, axes, wrestling.... The list goes on and on!

Andrea Bianchi's direction is an odd mix of great and horrid, but the film pops along at a grand pace. The cast is solid and play their parts well enough to keep things moving. It even has the ever creepy Pietro Barzocchini in it. He always freaks me out. 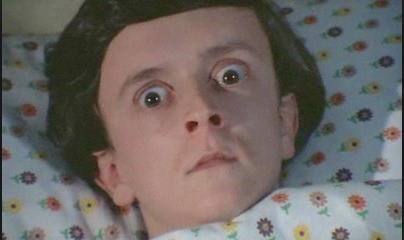 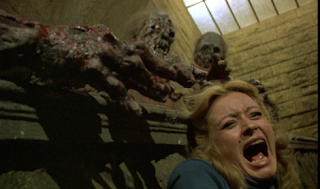 If you are looking for zombies and blood, this is your movie. There are some grand kills in here and some fun zombie looks. It's a visceral, nasty little film that manages to pack a LOT of action in. It made me so...very happy. :)

Again, SHUDDER adds more and more of this awesome content each week. They are really knocking it out of the park!

You simply must check this film out if you have not already. A great pairing for this would be NIGHTMARE CITY. 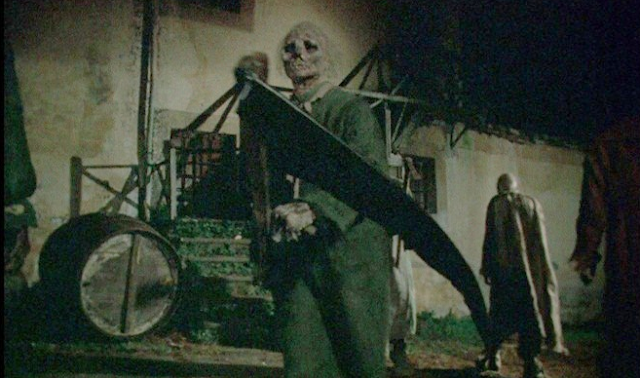 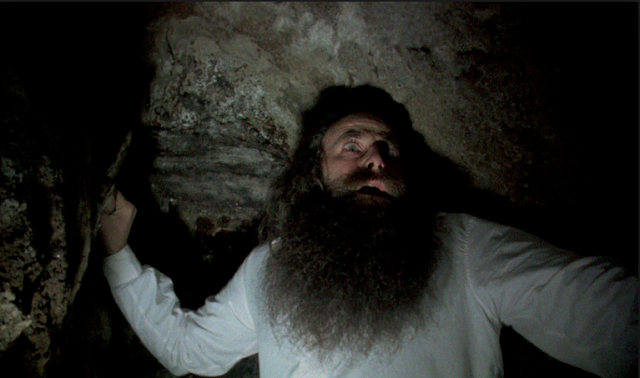 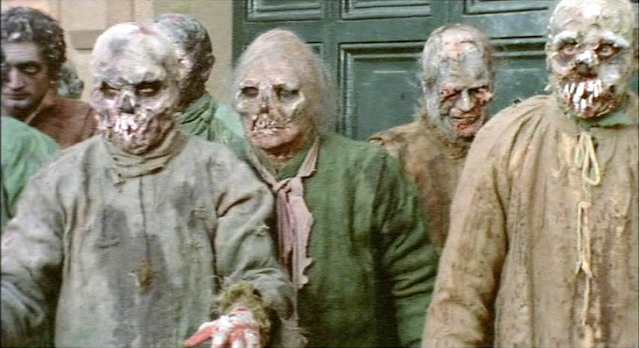 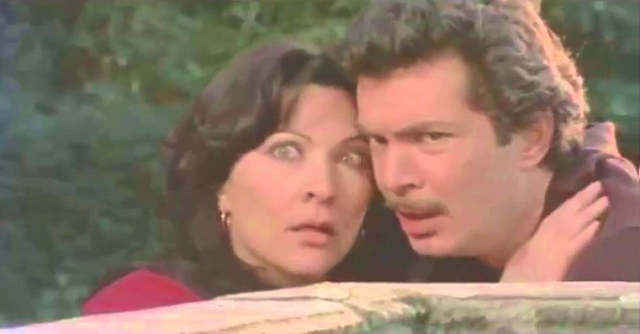 Posted by malcoJOJO at 9:52 AM No comments: