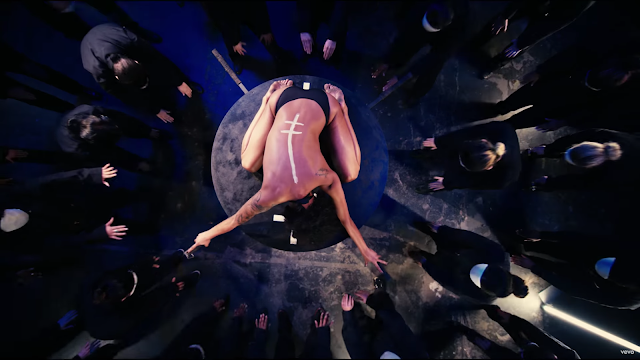 More Marilyn Manson goodness here with Tattooed In Reverse. A nice find passed along from Agent Krista B.


Some cool, freaky visuals that we here at the HORROR SHOW just love. This time, Mr. MM picked Courtney Love to be his guest star and she tears it up as a wicked nurse in the video. Nice to see that they decided to kiss...or kill...and make up. :) It would have been nice to see her a bit more, like Mr Depp in pervious videos. But, beggars can't be choosers. heh

NSFW!  Well, depending on where you work. 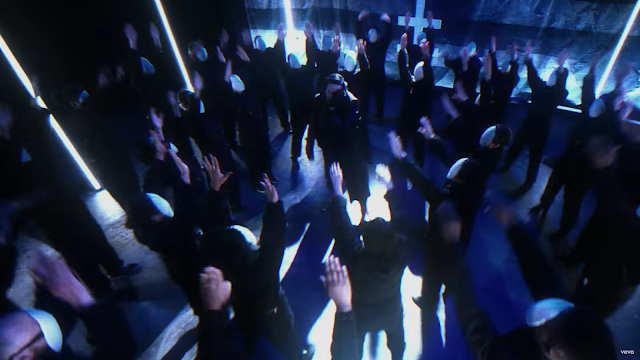 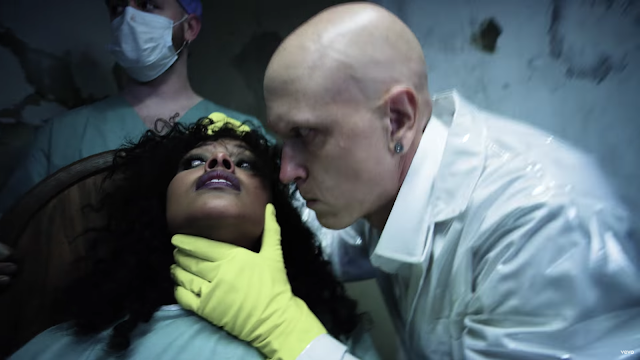 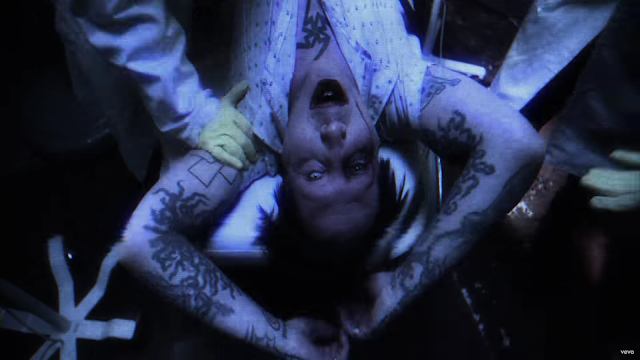 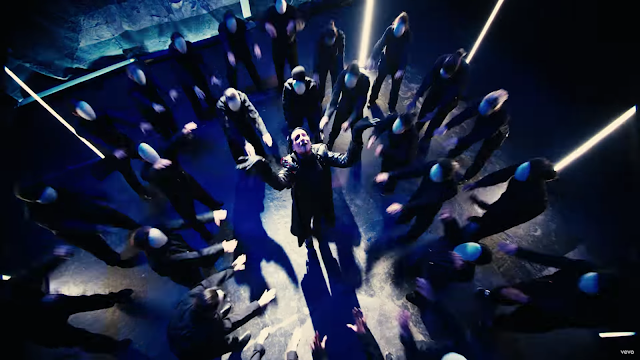 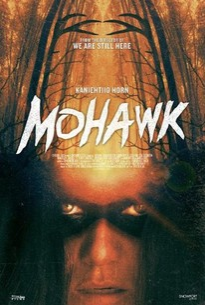 Ted "WE ARE STILL HERE" Geoghegan has another film out and ready to enjoy. I enjoyed MOHAWK immensely. While not a horror film like STILL HERE, there are some horrific moments for sure.

The story involves Oak and Calvin Two Rivers of the Mohawk tribe and Joshua Pinsmail, a British officer, late in the war of 1812. The officer is trying to recruit the Mohawks to help fight on the side of the British, but plans are hampered by the actions of Calvin putting the American enemy on their trail deep in the woods.

This is an action adventure with dramatic undertones. The balance struck by Ted Geoghegan is fantastic.

The strength of the film is really in the characterization, story, and the fact that you actually care about the characters and their actions. There are no obvious computer effects or bombastic scenes, yet I found myself riveted to the screen after the first five minutes.

The story is super tight and intense. It's not a big story - not in the slightest, but it's a powerful one. Native American involvement in the war of 1812 is very interesting indeed (some more on that can be found here) and this film is a small segment of that story talking about the Mohawk, the British, and the American's and how war tore them all to pieces. There's also a small, supernatural element that plays a part in the story, but don't walk into this thinking you're going to see a lot of that aspect. This is really a story about people and what they do to each other. The horror of war.

I guess the American's are the more horrid of the group, though Calvin does some rather bad things as well. I love the fact that the wrongs are rather balanced. There are no sides here that are "pure as the driven snow" - everyone has something they've done wrong. 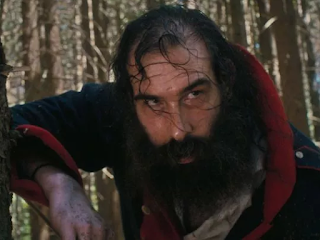 The acting is frigging amazing across the board. Everyone give their all here - most likely pleased to be working with a talent like Geoghegan and a great script by him and Grady Hendrix. The fact that actual Native American people were playing Native American's made me very, very happy as well.

Man...I want to call out each actor here. They are all amazing. Ezra Buzzington's fantastic, driven American officer Hezekiah Holt is a definite stand out as is the giant, pro wrestler Jon Huber as Lachlan Allsopp. They are American's fighting for their country, but their actions are also driven by hate and disgust for the people they are fighting and anyone that helps them. It's a sad reflection on aspects of today's climate for sure.


But, I was in awe over Eamon Farren's British officer Joshua Pinsmail and the amazing and haunting Kaniehtiio Horn as Oak. They were fantastic on screen. The way they interacted with each other was grand as well. Believable and intense. I was hanging on every move and phrase they'd utter. And talk about powerful female leads! Oak is an amazing character - strong and majestic.

Now, there are some real moments of violence in here as well, horror lovers. Never gratuitous,  but some of them had me cringing for sure.

Am I gushing over this film too much? I hope not, but I just loved it.

This film is a must see. Period.

I did a re-watch of the film Resolution recently and really enjoyed it. I was giving it a mulling over and realized that I love films where this sometimes sad little reality of ours is turned on its ear and shaken a bit. The day to day horrors replaced by severe changes that no one expected. While I wouldn't want this to happen to me, I love the idea that there might be something more - something drastically different in the world.

Ghosts, paranormal happenings, UFOs....they all get me happy.

So, for this round of lists, I'm going with my favorite reality manipulation films. Films where things start off one way and get...strange.

(All synopsis texts are from IMDB)

Blood Punch - I love where this went
A young man is lured into a dangerous love triangle that begins to take a series of shocking and grisly supernatural turns.

Cabin in the Woods - Some fantastic writing and a fun idea
Five friends go for a break at a remote cabin, where they get more than they bargained for, discovering the truth behind the cabin in the woods.

Resolution - Pairs nicely with CABIN IN THE WOODS. Something strange is going on
A man imprisons his estranged junkie friend in an isolated cabin in the boonies San Diego to force him through a week of sobriety, but the events of that week are being mysteriously manipulated.


Coherence - Dude...just...whoa...
Strange things begin to happen when a group of friends gather for a dinner party on an evening when a comet is passing overhead.

Timecrimes - A fun offering from overseas. A great story
A man accidentally gets into a time machine and travels back in time nearly an hour. Finding himself will be the first of a series of disasters of unforeseeable consequences.

John Dies at the End - A really fun and imaginative ride!
A new street drug that sends its users across time and dimensions has one drawback: some people return no longer human. Can two college drop-outs save humanity from this silent, otherworldly invasion?

Time Lapse - Stick with it. It's a slow burn, but was worth the trip
Three friends discover a mysterious machine that takes pictures twenty-four hours into the future, and conspire to use it for personal gain, until disturbing and dangerous images begin to develop.

Identity - Just yes.
Stranded at a desolate Nevada motel during a nasty rain-storm, ten strangers become acquainted with each other when they realize that they're being killed off one by one.


Plus One - Doppelgänger goodness
Three college friends hit the biggest party of the year, where a mysterious phenomenon disrupts the night, quickly descending into a chaos that challenges their friendships - and whether they can stay alive.

Have others that should be on this list? Let me know! I'd love to see them. Maybe I missed one I've seen before.
Posted by malcoJOJO at 11:27 AM No comments: 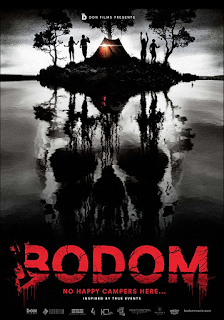 Well well well...what a mean spirited, nasty little film we have here. hehehehe  I'm going to keep this super short for fear of saying too much.

The film is based in the real world location of several murders that occurred in 1960 at Bodominjärvi Lakeis located in Uusimaa, Espoo.

From WIKI
The Bodominjärvi Murders are the most famous homicide cases in Finnish criminal history. On June 5, 1960, at Bodominsky Lake, 15-year-old females, Leo Irmeli Björklund and Anja Tuulikki Mäki, and 18-year-old male, Seppo Antero Boisman, were killed while sleeping inside a tent by blunt force trauma to their heads from a stone. The fourth youth, then 18-years-old, Nils Wilhelm Gustafsson, who was in the excursion, was found outside of the tent badly injured. The perpetrator remained at the time uncovered despite extensive investigations, and various types of theories were presented on the killer. Gustafsson was arrested unexpectedly on suspicion of murder in 2004, but he was released the following year. The identity of Bodominjärvi's murders has not been discovered. 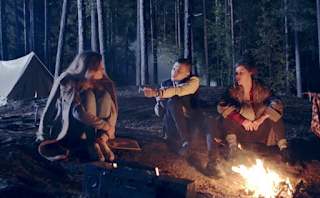 So, it's obvious that this would be a fantastic spot to go exploring around, right? At night? With no one aware of where you are?

The mesmerizing Nelly Hirst-Gee :::swoon::: stars alongside Mimosa Willamo, Mikael Gabriel, and Santeri Helinheimo Mäntylä and, as the story unfolds I was left with many, "Wait a minute...what's going on here?" moments - but in a good way, not bad.

It's always interesting when a film is mean spirited and brutal, but it comes off as well done and planned instead of lazy. It's easy to set up a bunch of campers to be slain, but hard to do it and remain an interesting and engaging film. This is partially due to the writing in Lake Bodom which gives us a solid story and partially due to some solid acting.

Taneli Mustonen's directing is fantastic as well. (He and Aleksi Hyvärinen wrote the film) It's kinetic, but easy to follow. There's a lot going on in the film, but it never felt disjointed. I need to see more movies from Finland and Sweden. I'm currently watching Jordskott - an TV series offering from Sweden - and I love it as well.

Lake Bodom (also known as BODOM) is well worth a viddy for sure. It's currently available on the WONDROUS AND MOST AWSOME SHUDDER...at the time of this posting. 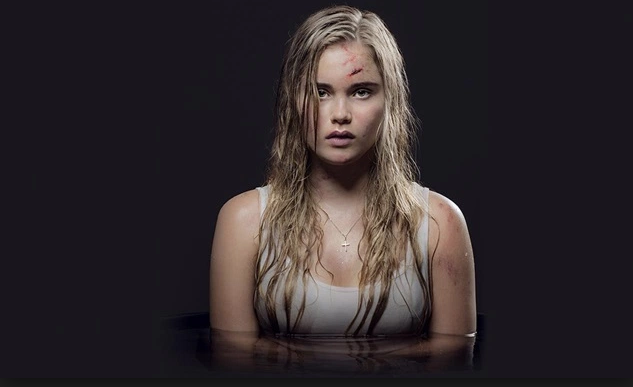 Posted by malcoJOJO at 2:58 PM No comments:

The Lords of Salem


I just did a THE LORDS OF SALEM rewatch and the film is really good. I enjoyed it whole heartedly and this was the third time I watched it. It holds up and proves to be a fantastic addition to the SATANIC CULT sub-genre.

I don't want to say a whole lot about the film itself. There are some basics that are rather clear from the start. Witches of Salem are looking to birth the anti-Christ, really. That was my take. And this poor DJ Heidi Hawthorne (Sheri Moon Zombie) is the vessel for the birth. And then we have the classic "uh...guys...my life is getting all strange" happenings that we've seen in films like THE SENTINEL and ROSEMARY's BABY. However, we're treated to it all being done in a rather grownup Rob Zombie style. There are no country hippy madmen in this film. No crazy people in clown makeup. It's just hipsters going to very bad places as the witch magic runs it's course.

The acting is restrained as well. Sheri Moon does a grand job in the lead role. We have Ken Foree, Dee Wallace, Bruce Davison, Jeff Phillips, and more just...working their roles wondrously.

Honestly, I don't understand the hate for Rob Zombie and his films. I wasn't really a huge fan of his recent effort 31, but other than that, I think things have been really fantastic. Even the spit upon HALLOWEEN remakes are great. It seems to me that people are just into saying they don't like his work so they can be cool.

Whatever. As you know, I run a HATE FREE ZONE for films for the most part. It's fine to say you don't like the films. I get that. But, it's just that. YOU don't like the film. It doesn't mean that they are not worth of someone else's love. :)

That being said, I think I love THE LORDS OF SALEM. 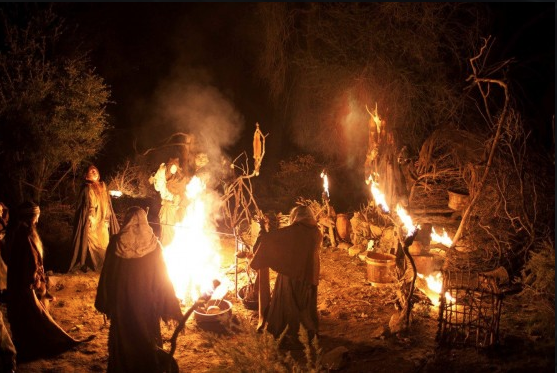 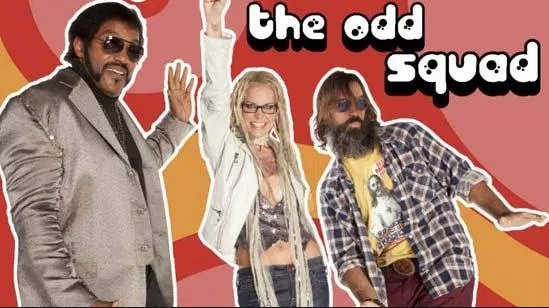 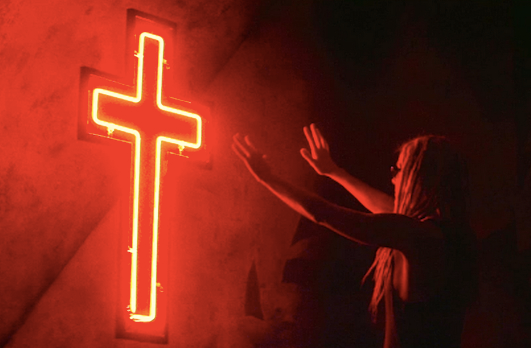 Posted by malcoJOJO at 5:12 PM No comments: