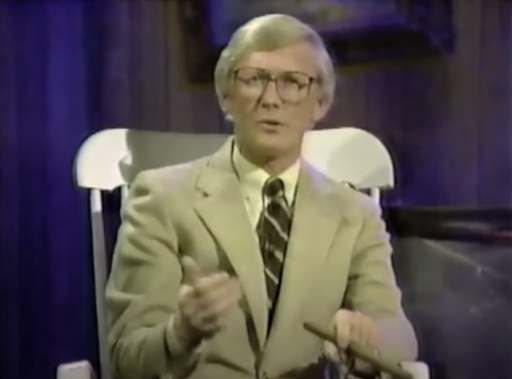 Creature Features was a major part of my childhood growing up. My Mother was a huge horror hound at the time (still is!) and she got me into horror films at an early age. Golden oldies from the 40s and 50s to start with. I loved them.

I started trying to watch Creature Features around when I was 8 or 9, most likely. I tried to stay up and watch, but would usually fall asleep at some point during the first or second commercial break. As I got older, I was able to stay awake longer and longer until I was able to sit through the whole show without having to be shaken awake by someone. hehehe

A major part of my life.

This is the 50th Anniversary video they made to celebrate.

Posted by malcoJOJO at 9:46 PM No comments: 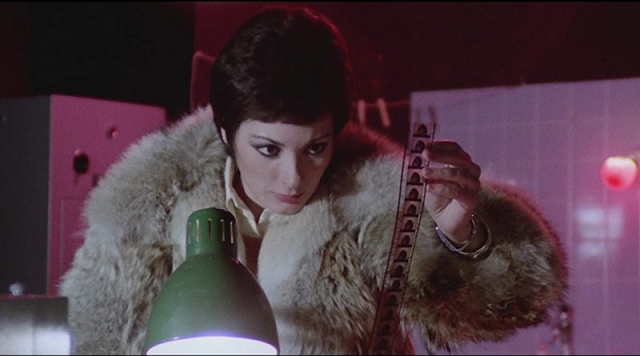 I had to produce a video in defense of one of my favorite giallo films (...with one of the hardest titles to speak about in public...) STRIP NUDE FOR YOUR KILLER  ( Nude per l'assassino ) from 1975. A wild ride I really enjoy PACKED with giallo goodness and J&B!  And....the lovely giallo Queen Edwige Fenech.

Posted by malcoJOJO at 4:37 PM No comments:

My Summer As A Goth 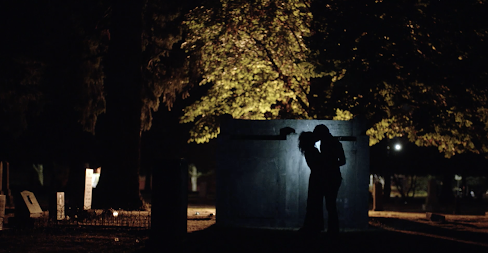 While not a horror film, My Summer As A Goth was a fun watch that reflects a specific time in my life where I was goth to the core on the inside and playing "normal" on the outside. I listened to the music and played around in the scene and loved it, but eventually slipped away from it even though I still have the music side in rotation from time to time.

So...My Summer As A Goth tells a sweet story of a fish out of water type,  coming-of-age tale where a 16 year old girl named Joey is forced to spend the summer with her grandparents when her mother goes on a book tour. While there, she meets the goth boy-next-door Victor who remakes her into a goth girl with the help of his friends. Joey is finally feeling at home in the new skin, but is Victor all he's cut up to be?

Yes...if this sounds like a romance tale for the younger crowd, you're not mistaken. However, it's solid filmmaking with good acting and a sweet story that I really enjoyed. Especially now in these stressful times. I was hooked into the story from the get go and once things really got rolling I was concerned for Joey and what she was going through. As a father of three girls, the story hit a lot of high notes for me.

Writer Director Tara Johnson-Medinger did a grand job on both the script and the directing here and I'm looking forward to seeing where she heads in the future.

If you are looking for something a little lighter than THE HORROR SHOW's usual horrific fair and you like a good romance tale or have teens in the home that are looking for a little romance sans sex and gore, give My Summer As A Goth a go. It's sweet, lighthearted, and fun!

Posted by malcoJOJO at 4:17 PM No comments:

Looking at a little giallo nugget that seems to be well loved in the Giallo Community.

HOURS of Spotify music to help you get into the Halloween mood! We have two lists - one for the kiddies and one for adults with more frights and music with more explicit lyrics.

Best if played on shuffle! 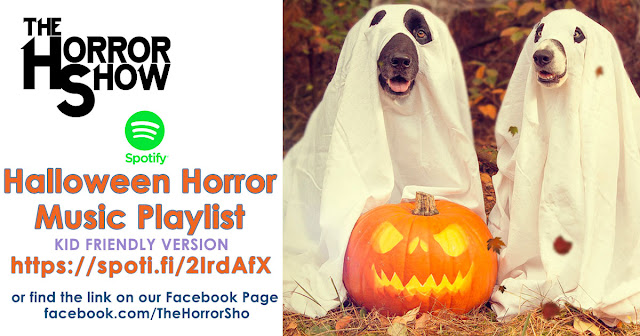 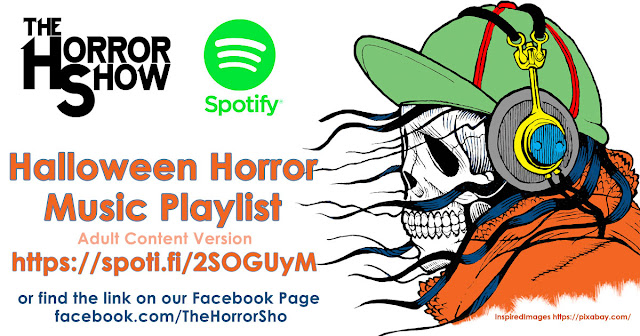 Posted by malcoJOJO at 12:40 PM No comments:

A small overview of a few of my favorite horror Blaxploitation films of the 70s. This episode is packed with silliness and swearing! Times below.

Posted by malcoJOJO at 2:22 PM No comments: 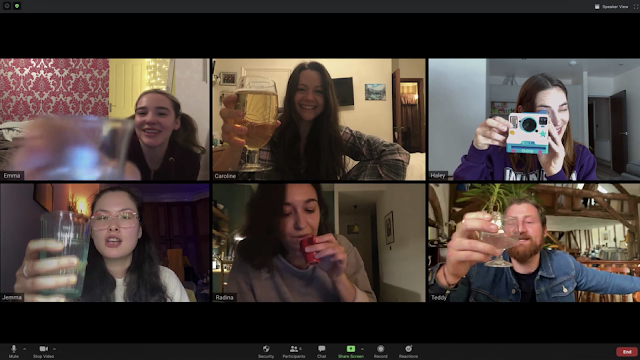 NOTE: This is a spoiler free review. Do yourself a favor and view this film WITHOUT WATCHING THE TRAILER FIRST! You will be glad you did. A two minute trailer for a 56 minute film can give a lot away!
Last Monday I heard about this new "computer screen" horror film called HOST. I saw the screenshot and tried not to roll my eyes.
"Ok...another UNFRIENDED thing. Cool...I liked that one."
Then I saw what people were saying about it and took a bit more notice. During the course of the day, reviews kept popping up all over the internet raving about the film. Now, this wasn't studio hyperbole, this was coming from horror folks I knew and respected. I zoomed :::grin::: over to Shudder to view it....but found that I was a few days early and had to wait.
Last night...the waiting was over.

I started watching the film on my television and stopped a few minutes in after seeing the format.
"No...no, this needs to be seen on my computer."
I raced to my iMac and started the film up again and I was glad that I did! It's PERFECT for late night viewing in the dark via computer. Especially in this era of covid ZOOM meetings and the Cult of Quarantine.
Host tells the tale of six people having an online seance through....ZOOM, the online meeting app. (If you are like me, you are very...VERY familiar with ZOOM right now) With their medium Seylan at the helm, they dive into the mysterious astral plane. :::::DRINK:::::  ;)
My spoiler free mini-video review can be seen here....    It's silly, but I was inspired.
I'm not sure how they did it, to tell you the truth. I mean, the general "horror over online meeting" concept has been done for sure. The aforementioned UNFRIENDED did a really good job of bringing the paranormal and computer tech worlds together and was very entertaining. But HOST brings something new into the mix - several new things, really.
Thanks do the wonders of SHUDDER, they didn't have to try and pad out the story to meet the requirements of a theater run film. This allowed them to keep the film down to a wondrous 56 minutes or so. They packed that time with tons of great content and a strong story.

They used small ZOOM meeting knowns to their advantage all over the place which added a lot to the production. People waiting to get into the space, putting themselves on mute, messages popping up saying the meeting was going to end soon, and microphones being turned up to max so people could hear things better all had me grinning from ear to ear. There are more things in this particular bucket that I will let viewers discover for themselves.

Making use of the new, virtual environment created with the use of six or seven separate locations joined together via cameras and microphones added tension in very interesting ways - again, spoiler free.

I'd love to see another film on the making of this film, to be honest. Gemma Hurley, Rob Savage, and Jed Shepherd wrote a stellar script and Savage's direction was amazing. Picture staring at a large painting of a town, then zooming into a few of the town's locations and back out again as you stared at it. That's what HOST managed to feel like. You see all six folks, then from time to time you explore one of their apartments or homes. It was incredibly dynamic and engaging. It really brings a lot of NEW to a sub-genre that I thought was tapped out.

But...more than anything else mentioned here...the acting.
Haley Bishop, Jemma Moore, Emma Louise Webb, Radina Drandova, Caroline Ward, Seylan Baxter, and Edward Linard sold the film 100%. Subtle, nuanced, and BELIEVABLE performances all around brought a much needed feeling that these were all real people. They seemed like they all knew each other and that they had a history with each other. Subtle changes in the way they interacted felt very real to the point where I actually forgot that they were actors for a moment. So, when the shite hit the fan and things started to go south, I was concerned for their well being.

AND....they didn't look like they were "acting scared", they looked like they were truly freaked out.
I'm going to stop there before I say too much.
HOST brings a ton of fun to the table and is WELL worth a viddy. I'll be watching it again this weekend...on my computer....in the dark.... 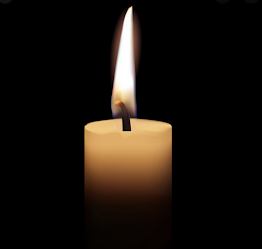 After you watch you can check out the interview with Rob Savage here:
https://datebook.sfchronicle.com/movies-tv/behind-the-scenes-of-host-a-british-horror-film-shot-on-zoom
Posted by malcoJOJO at 1:43 PM No comments: