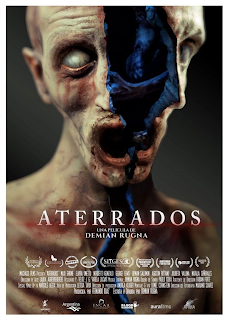 SHUDDER has done it again, bringing the super fun film TERRIFIED (Aterrados)  to US audiences. There are times where a film just ticks off every box for me and this ghostly tale did just that.

The story revolves around several families in a small neighborhood in Buenos Aires and the strange events happening to them. Certain supernatural happenings are starting to run rampant for people and it doesn't show signs of stopping. When the police and a small team of investigators get involved, things really begin to run off the rails. 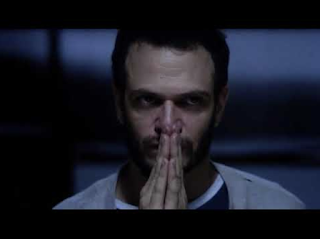 The story is super tight and we're danced through various happenings and are treated to a few perspective shifts that really created a lot of interest for me. It would be easy to break the story into parts and tell it in a chapter based format, but the flow here is expertly done and the choices the writer / director Demián Rugna makes are fantastic.

I heard a podcast say that there was really no explanation for what was happening and I have to differ. The investigators say everything they happen to know about what's going on, even if that may not be a whole lot, but that's all they really should know in this case. If they pulled out some ancient tome and started reading about what we we seeing, I'd be a bit pissed off. The way things were presented here kept enough information available, but didn't try to give you everything. It really left the right amount to the imagination.

The acting is top notch as well and all the characters are believable and realistic.  There was fantastic character development and some character shifts that were very engaging. I was all in on the arcs presented and really felt for most of the people in the film - caring about what was happening to them and really wanting to see them make it through.


Above all I loved Maximiliano Ghione as Detective Funes. He nails the wide range he need to span here. He's the together and suave cop who's just about to retire to the terrified officer who is having second thoughts about his involvement. There are small comedy bits that are subtle and solid as well. It looks like he was mostly on TV, but he completely nailed his film role here. 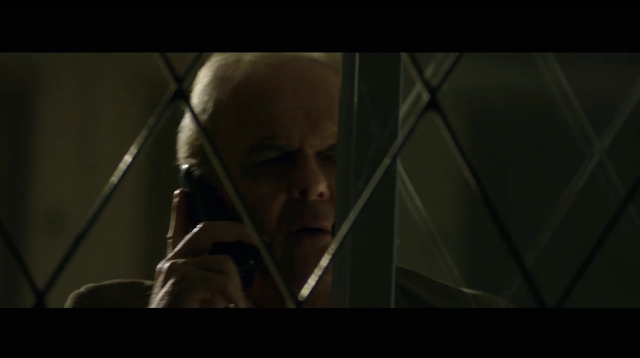 The atmosphere is downright thick and creepy. This neighborhood is simple and sweet looking during the day, but some of the internal house shots at night were nightmare inducing. Taking that atmosphere and introducing some fantastic scares made it a whole lot of fun.

And the jump scares.....  ::::whew:::  They were really well done and completely earned. You need to EARN your jump scares, people. Kicking the volume up on a piercing music hit doesn't count. It's the equivalent of slapping someone in the face and bragging that you made them blink. Really drawing people in....baiting the hook....then springing on them visually is the way I love seeing it done and TERRIFIED does it a few times. I was giggling like a kid! There are some damn creepy visuals in here and I loved every one of them.

Oh look: another potentially great horror entry for Shudder...that will be completely unavailable to rent or own on physical media.﻿

Um...GREAT! IF it's not on physical media, I'm happy Shudder has it available. YAY FOR HORROR!

Oh look at that... another foreign movie.....I wouldn't recommend shudder to anybody unless they fluently speak more than 2 languages.....the amount of English content is embarrassing﻿

This is just a false statement. Shudder is adding new content ALL the time and at least 50% of the added titles seem to be in English. Hey..spoiler...there are other countries on the plant and not all of them speak English. Hate to break it to you.

See? THIS is why we can't have nice things!

Shudder has one of the best horror streaming services available with a large selection of all sorts of films from all over the world. WHY would you complain about that at $10 a month, people?! Don't like foreign films? Here's an idea - don't watch them. You could watch one of the MANY other film offerings Shudder has for viewing. There are plenty of people who love foreign films and don't mind subtitles. It just seemed like a rather backwards way of thinking, but...that seems to be the going view for many people these days, sadly.

ANYWAY......TERRIFIED is a fantastic watch. If you are able to read and don't mind subtitles or foreign films, you need to check this gem out. And...if you don't like foreign films, skip it. You can watch the English remake that Guillermo Del Toro is producing when it comes out! 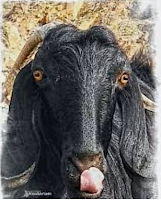 Posted by malcoJOJO at 3:18 PM No comments: