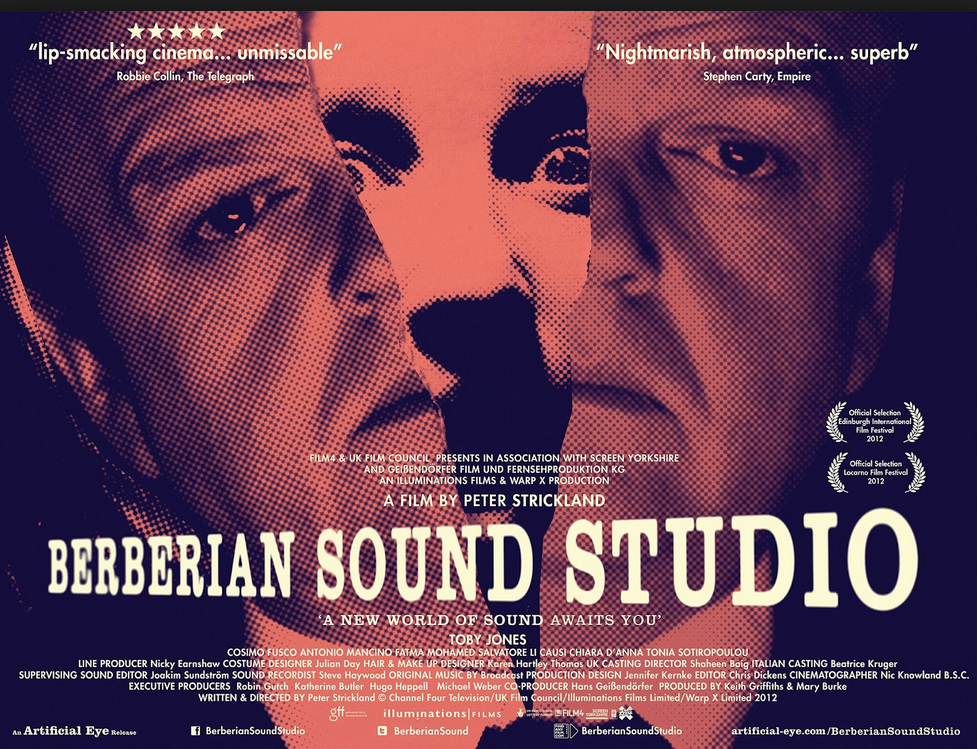 Continuing the "I'm not sure you will like this film because it's so odd" theme I seem to be having at the moment, I thought about Berberian Sound Studio. This is definitely not a film for everyone, but I loved it.It's not a "horror horror" film, but it's disturbing on many levels. 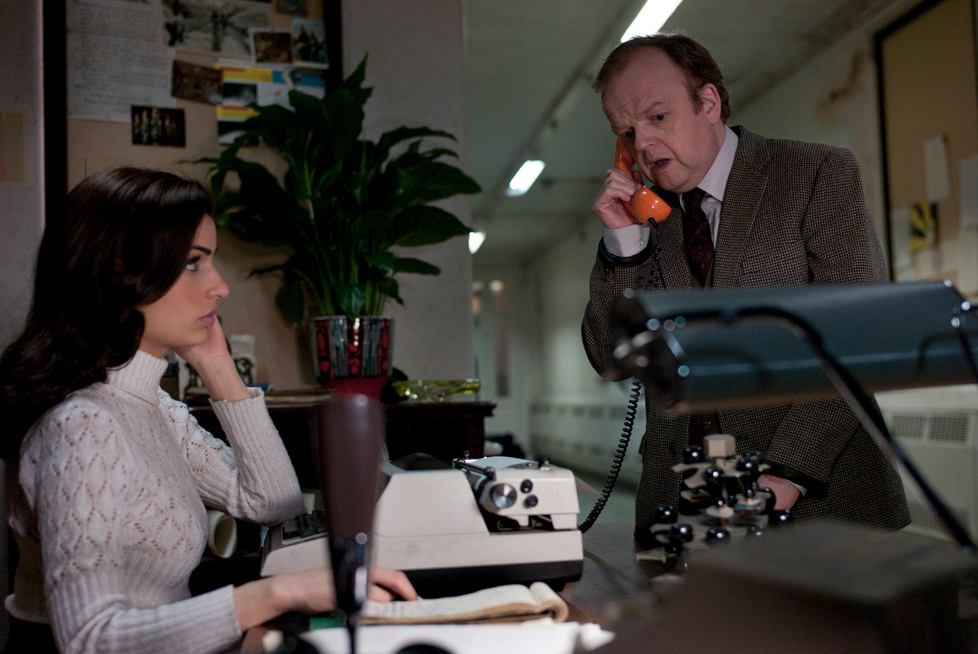 Toby Jones plays a mild mannered folly artist sound editor type who goes to Italy to work on a horror film. There's much stabbing of mellows and women screaming in sound booths as they work on this horror film we never actually see. But, as he works on the film, the film starts working on him and he starts to drift into a world that is definitely not his own. 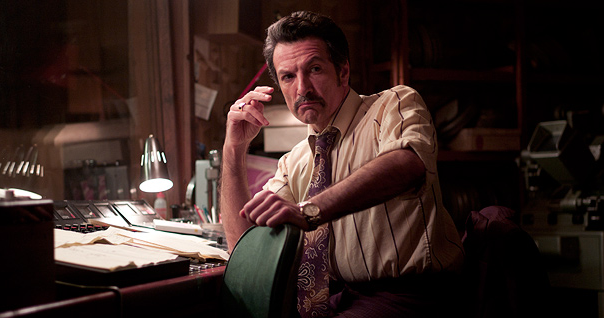 I love the fact that the films focus is on the sounds that go into a horror film. While we never see the actual film, we are giving the description of the horrific event we're working on the sound for, so the sound itself becomes like a audio switch for what we are supposed to be seeing in the film. It worked wondrously and gave me chills from time to time. 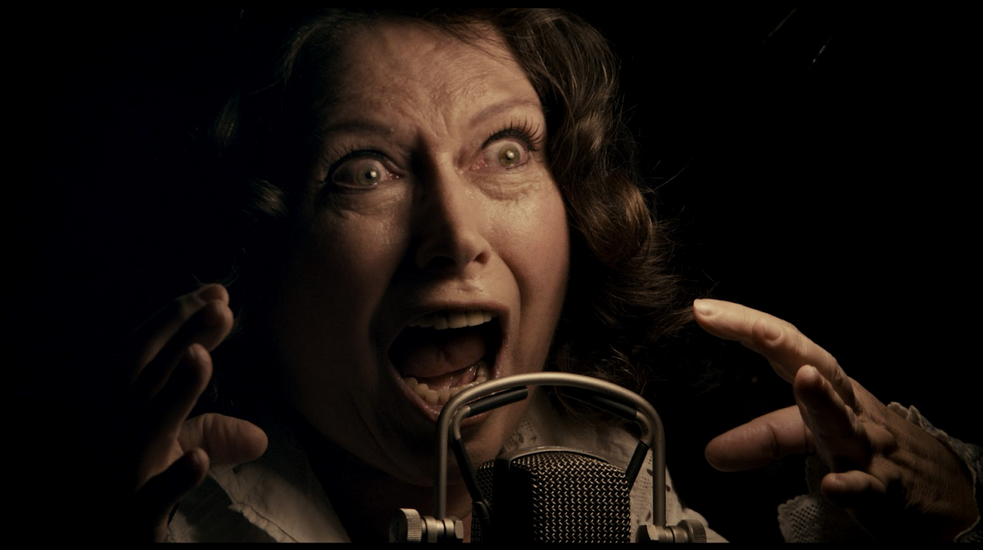 The fact that this strange world of the studio is where we spend most of our time allows for the dream-like (nightmare, really) aspects to really pop. He wanders about - an Englishman in an Italian landscape - trying to work like he does when he's dealing with his documentaries and sleepy films and it's just not the same world at all. When his grip on what's real starts to slip, things get to be very interesting indeed. 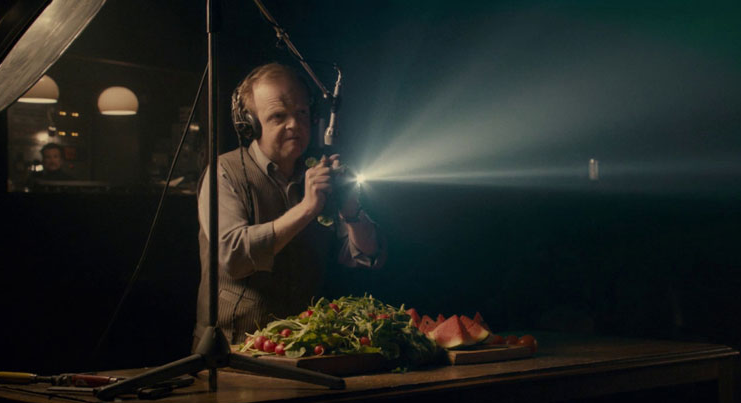 I loved the film. I thought it was interesting and odd and a lot of fun. Again, a relief from the endless sea of cinema verité, zombie, cgi paranormal ghost dreck out in the world right now. Version after version of a copy of a copy doing the same damn things we've seen time and time again. This film is...not that. Not that at all. The visual style is grand. Sights and sounds play together to show what goes into some of the folly work - creating visceral, audio support for the visuals on the screen. The visuals are kinetic and curious in many ways as we watch dials and hand movements and people moving about in a world full of deep shadows and dim lights.


Perfect for a late night viewing, too. That peak time around midnight where your mind starts getting a bit mushy. :) 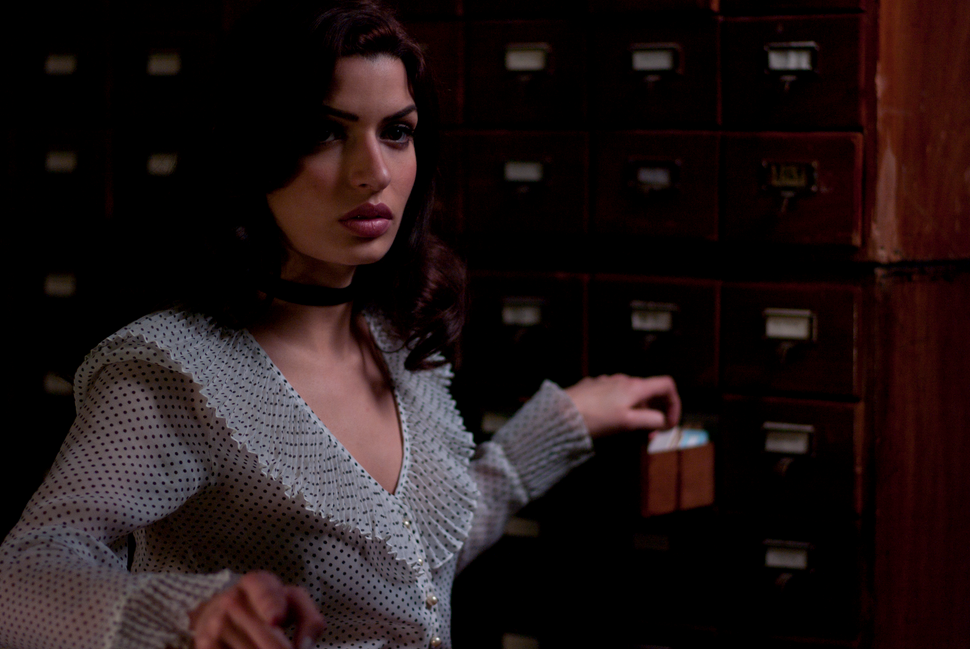 Posted by malcoJOJO at 12:12 PM No comments: 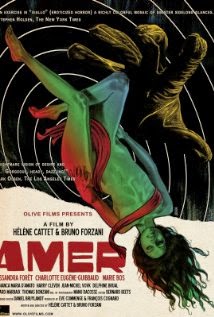 
I love the work of Hélène Cattet and Bruno Forzani. It just makes me so very happy. It's exciting, visually stimulating and mentally challenging on many levels. It's not "light reading" material - you're not going to just toss it on as filler. However it ticks off so many boxes and works on so many levels that I think the films are very re-watchable and highly entertaining if you like the style. 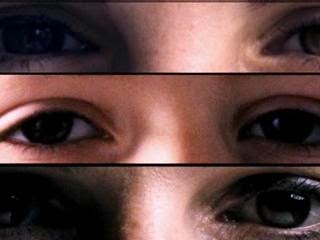 AMER is the story of a girls life. But, not an ordinary life. Not an ordinary film, either. It's a film in three parts, looking at her life as a child, maturing teen and a woman. Each section is handled in a stylistic way and each could be looked at by itself or as the full set. 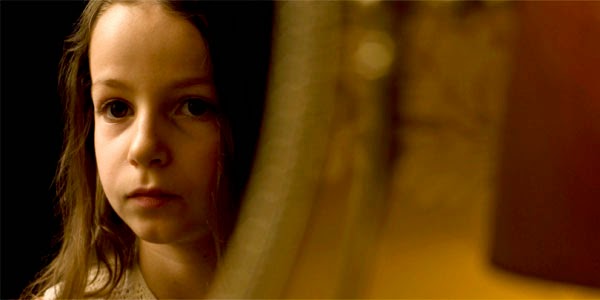 Cassandra Forêt plays the young girl in the first section. This area has a very Argento feel. Something is going on in the girls house and the mother and father chat in whispers while the grandma deals with... something...downstairs.  The girl peeks through keyholes and ventures out to investigate and things get very, very strange and creepy. I think this was my favorite section. It has very little dialog, but a rich storytelling that I enjoyed a lot. Creepy shadows and characters bump around the old house and creep about creating a fantastic, gothic feel with strong, Suspiria-like fantasy tones. 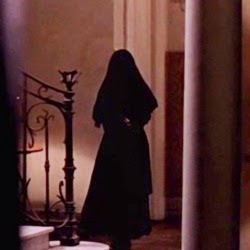 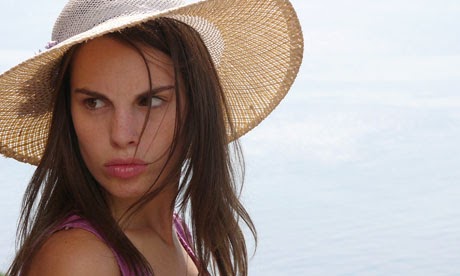 Charlotte Eugène Guibeaud plays the adolescent girl in the second section. This was the most normal section of them all and really just shows the girl getting ready to venture out into the world and away from her mother...and towards men. This section, too, has very little dialog if any at all and is shot in a wondrous style similar to a Milo Manara comic (...without so much sex and nudity, mind you :::grin:::)  Emotion through eyes and lips and actions. 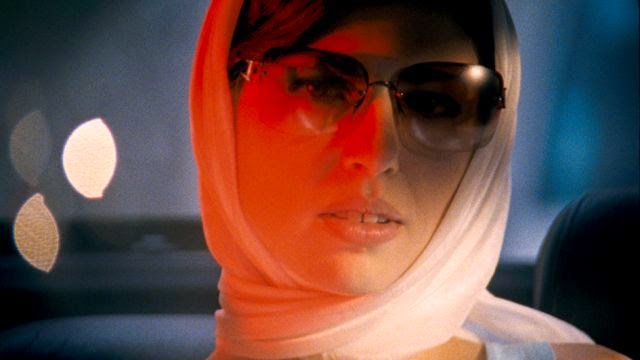 Marie Bos enters as the adult and ventures back to the house where we saw her as a child. The place is a rundown, older home now and is in disrepair. She explores in shadows and something or someone eventually starts shadowing her. More giallo than fantasy horror, this section is also shot beautifully and has some grand, bump-in-the-night moments.


All three sections play like a separate film, but all three work wondrously together as well. While the second section drifts away from horror,  it still works well to show the development of the woman. And I found all three sections to be visually stunning. 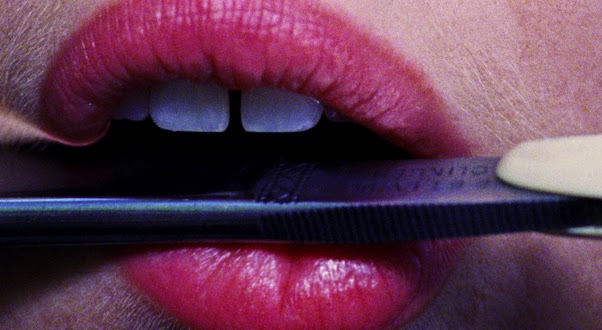 As I watch more of the Directors works, I can see that the style is basically the same with their work, but this works for me because I love their style. :)

If you like visuals, arthouse films, the early works of Dario Argento and Italian giallo mysteries, seek this film out.


You may also enjoy:
http://horrorsho.blogspot.com/2015/01/the-strange-color-of-your-bodys-tears.html 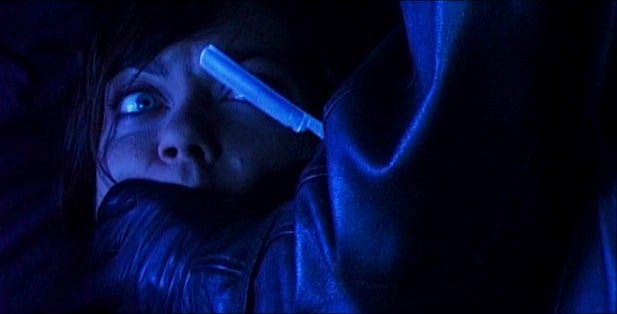 Posted by malcoJOJO at 11:46 AM No comments:

The Strange Color of Your Body's Tears 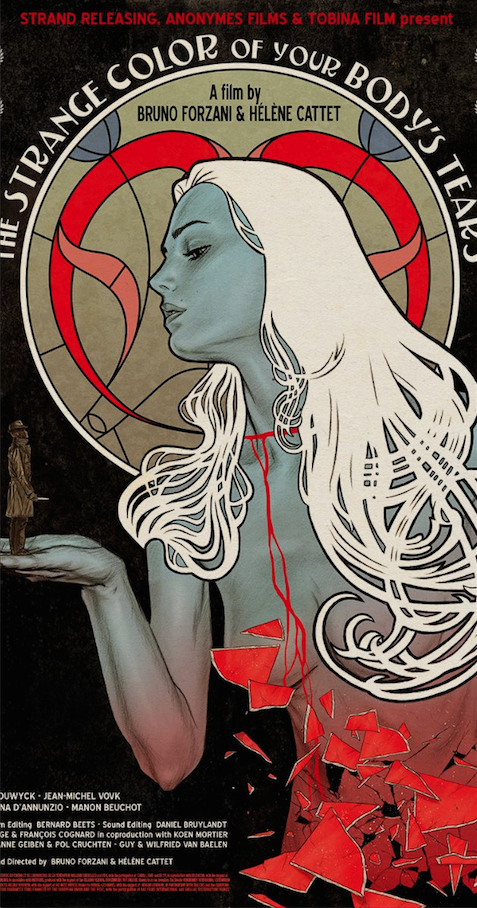 Yes, a small format change. I've only gotten a four of five hours sleep, so this seems like a perfect time to change the format of a blog that no one reads anyway. :::grin:::

I have two kids. I work a crazy gig and do freelance on top of it. I have the usual array of extended family issues and I most likely drink too much whiskey. So, there are times where this soon to be 46 year old body wakes up in the middle of the night and thinks, "Yeah, being awake is the right thing to do right now."

Usually when this happens, I lull my brain back to sleep with podcasts, filling in gaps of thought to fool my brain into not thinking long enough to fall asleep again. However last night I thought that it might be the perfect time to watch a film. And, not just any film, but The Strange Color of Your Body's Tears. I saw the other writer / director / partner film AMER and loved it and saw what they presented for THE ABCs of DEATH, so I was longing to see what visual treats Strange Color had to offer. I was not disappointed, though I'm SURE many were. The film is not for the average viewer. It's really meant for the artsy and strange among us.

Preface: If you dislike the earlier works of Dario Argento, the work of Mario Bava, Italian giallo mysteries or art films, do yourself a favor and just avoid this film. Thank me for your hour and 40-some-odd-minutes of time back later. :)  If you love all of the above, dive on this film on Netflix streaming or what-have-you at once.

This is a mystery first and foremost. A man comes back from a business trip only to find his wife is missing and the apartment is locked from the inside with no sign of where she went. Grand. Our hero Dan is a bit off and becomes a sort of menace in the apartment building as his lost wife searching grows to a frenzy. Enter a detective and more questions than there are answers. I'll stop there - going deeper just gets....strange.

The film is visually stunning and tells a visual narrative with very little dialogue throughout. Like the work of Bava, the film is lit dramatically with lots of red, green and blue gels. The plot line is riddled with metaphor and vivid visual aspects that had me swooning. The sound design had me listening to the sounds in my own life differently all day long. 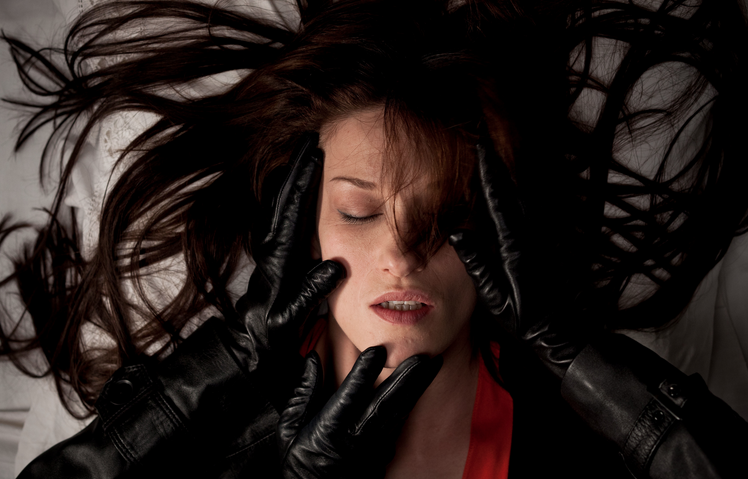 I love these loose, strange and nightmare-like tales, so this was right up my alley and I loved it as much as I loved their other feature, AMER, though I thought this was more loose and dreamy with far less attention to the plot and far more to the visual aspect of the story. And, if you've seen AMER, you know that means a lot seeing as it had hardly any plot at all. 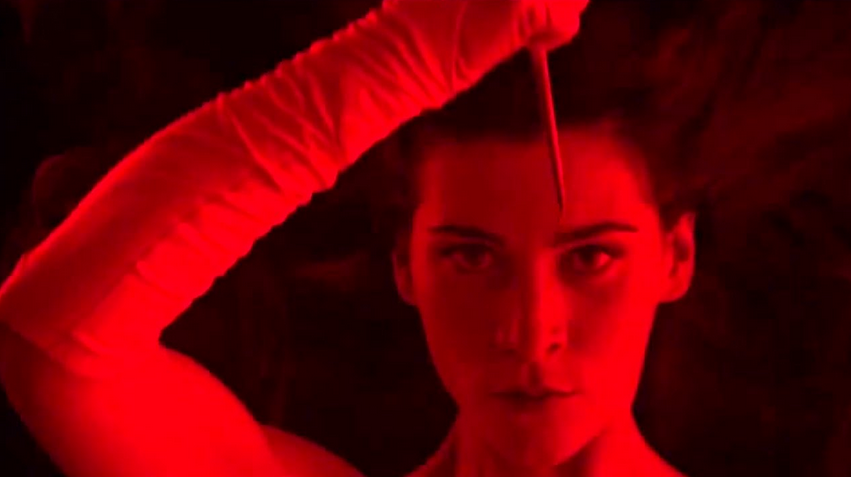 Watching The Strange Color of Your Body's Tears at 4am was FANTASTIC. It added to the "did I just see what I thought I saw?" the the movie already has in spades.  Yes, I was disappointed that I couldn't find more love for the film in my brief internet search, but I wasn't surprised either.  The WTF Are You Watching Podcast seemed to get what was going on, but other folks seemed like they were not aware of any of the factors listed in my Preface - at all. I felt like saying, "Are you familiar with anything along the lines of Argento, Bava, giallo or Italian Cinema of the 70s in any way, shape or form? Cause these folks NAILED it."  But, like I said, it's not a shocker, either.

There are strong sexual themes in this, but they don't come off as lame, toss away "boobie thrills". These are more like deep, psychological explorations that leave you rather rattled by the end. Very similar to an Argento film, really. The score is brilliant as well, pulling many giallo based soundtracks of the past into play.

This movie has haunted me for most of the day. I'll forget about it for a moment, then something - a sound, visual or image from the movie will pop me back into the film space and I'll start thinking about it all over again. There are scenes and frames that are burned into my memory - the same thing that happened when I saw AMER. The same thing that happens when you wake up after having a vivid dream and start talking about the scenes within it.

I enjoyed this little nightmare and loved that I was left with more questions when it was over. It allowed me to explore what I just saw and dive into the various possibilities. Fab!

Especially after seeing SCREAM 4 the previous day. :::yawn::::  heheheh  This was a much needed breath of fresh air. 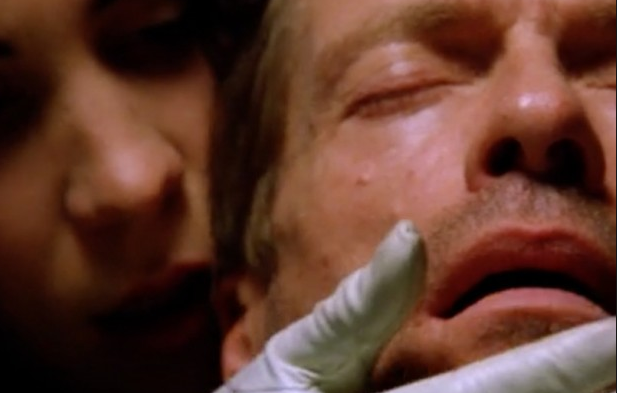 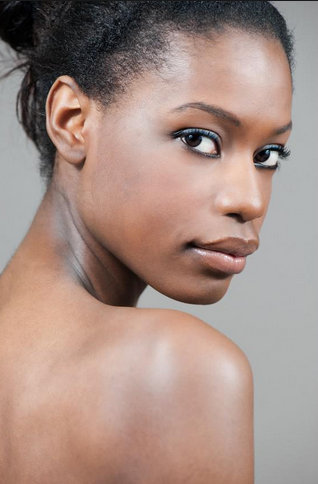 Posted by malcoJOJO at 8:08 PM No comments: