Hmph...I got ORPHAN through Netflix and expected little from it. I dropped it in last night while working on a project for work at home thinking that I'd eventually forget that it was on. I found myself stopping from time to time to actually watch. It had some fun moments and an interesting story, even though I knew a little too much about it since it had been so long since it came out.

Above average "scary child" movie. Well worth a Netflix rental. Check it!

Posted by malcoJOJO at 11:26 AM No comments: 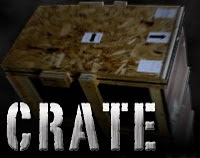 “This is Patrick and I’m Tom. I spoke with you on the phone.”

The truck’s lights cast strange shadows on the man’s face as he spoke. His eyes twinkled in the orange glow of the Mac truck's running lights.

The moon hung high in the night sky and the stars shone brightly. Fog settled off the coast, but didn’t seem to be moving in like it had the few nights before. It was cold and clear and bright, but something seemed very stuffy about the air. Some sort of pressure front was playing with the atmosphere.

“Is this the only container we’re moving?” Patrick ran his hand over the stubble on his chin and stared blankly at the large container on the dolly. His broad shoulders rolled and he knelt down. “We can strap this in and down behind the other boxes in the 150, Tom. No need for the Mac.”
“There are issues that I’ve spoken to Mr….um…Tom…about. We want it secured and within a containment area. Not in the back of a pickup truck, Patrick.” The thin man pressed his glasses higher on his beak-like nose and addressed Tom again. “Are all the arrangements agreed on, Tom? Are we ready to move it?” His words were nervous and tight. He smelled of liquor and, though he was clean cut and well dressed, he seemed somewhat disheveled and out of sorts. His thinning hair blew around on his head and he slid a hand over it to push it back into place. Patrick thought his skin looked gray.
“Sure thing. And the money is fine as well.” Tom watched as lights crested on the hill, then turned off on the main road. The warehouse they were parked in front of was completely dark – the high barbed fence that surrounded it whistled as the wind came up.
“Yes, yes – fine.” The thin man moved to his car and glanced around uncomfortably before opening it and pulling out the envelope within. A soft ding emanated from the vehicle and repeated over and over until the door was shut again.

Brave enough to read on?
http://malcojojo.blogspot.com/2008/07/crate.html
The Meanwhile...Story Blog
Posted by malcoJOJO at 3:03 PM No comments:

Email ThisBlogThis!Share to TwitterShare to FacebookShare to Pinterest
Labels: story

Posted by malcoJOJO at 12:12 PM No comments:

LET THE RIGHT ONE IN

Posted by malcoJOJO at 2:26 PM No comments:

Let Me In Trailer

The brilliant and smart LET THE RIGHT ONE IN (Låt den rätte komma in) is being remade.

Why? So it can be in ENGLISH, of course! GEEZZ!

I have to say that, after seeing this trailer for the remake...I want to go watch the original again and forget that this remake exists. :) The way it looks to me, they went with the overall shell of the original and "Americanized" it with a little more sex and violence. (And English dialogue, of course.) THE RING remake was almost shot for shot to the original, but I didn't like the original as much as I like LET THE RIGHT ONE IN, so I was ok with a remake.

There was a greatness to LET THE RIGHT ONE IN. The stark, gray of Sweden was perfect and the direction and acting was superb. I don't think I'll bother with watching this, though remakes can be interesting at times. I loved the original so much that this is bound to pale in comparison for me.

Rent the original. If you happen to see the remake and think it's worth while, drop me a line!

LET ME IN (Let the Right One In remake)

Posted by malcoJOJO at 2:14 PM No comments: 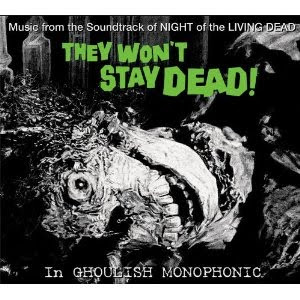 On AMAZON!
Price: $26.99 & this item ships for FREE with Super Saver Shipping.
Posted by malcoJOJO at 2:08 PM No comments:

Email ThisBlogThis!Share to TwitterShare to FacebookShare to Pinterest
Labels: music