I'm doing smaller, quicker posts this round just to get little reviews out. Short, sweet and to the point.
So... 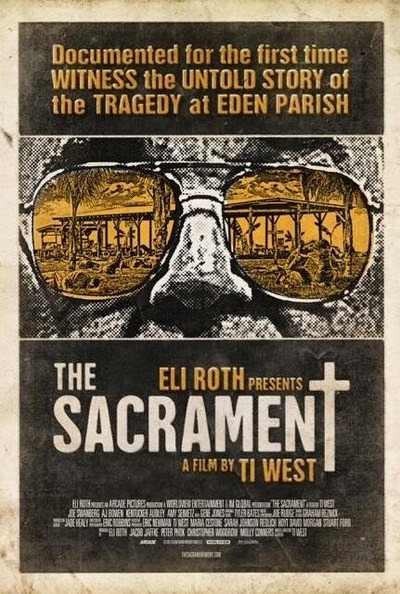 "Eli Roth presents"....THE SACRAMENT.   I like Eli more when he tosses cash at things to get them made. :)

My boy Ti West is back at it with this found footage nugget which I liked, but not as much as his other work. Let me explain. :::grin:::

SACRAMENT is a great film with some great performances for sure, but I wasn't ready for it.  Up to now, we have ghosts and the devil and all sorts of creepy from West. However, this is just...Jonestown, really. A nutty leader with some nutty followers and some followers who want to leave, but can't due to El Nutters armed "protectors".


Again, grand performances and some gripping scenes, but I kept waiting for...I don't know. A devil? Demon? Ghost?  Nope, not that film. So, here I was, thinking I was going to get a zinger GOT YA! at the end, but...no, it's just a great found footage flick about how people follow a guy to their doom. Honestly, the film was a bit too real for me. Demons and ghosts are highly entertaining to me, but sad, brainwashed followers dying is just too close to nightly news for this to be super entertaining. 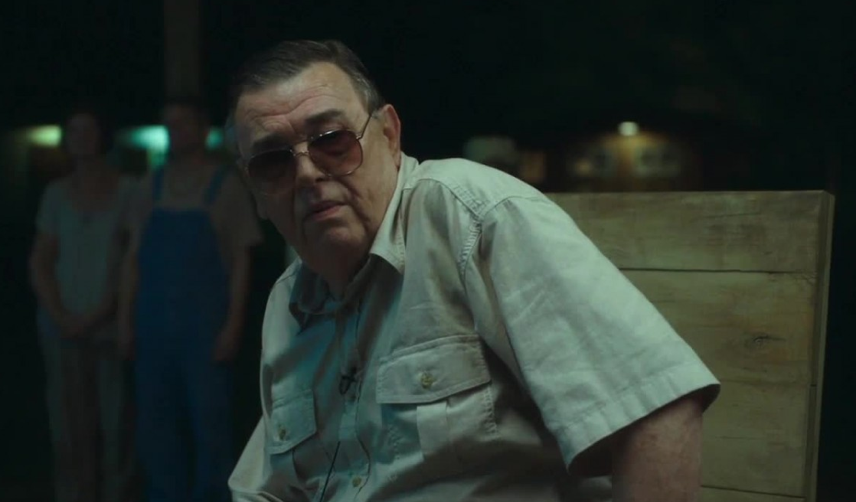 I'm glad I saw it. AJ Bowen turns in another fab performance along with fellow regular Joe Swanberg. Kate Lyn Sheil and Amy Seimetz - also fab. Kentucker Audley sells a HORRID little scene...REALLY well. But, Gene Jones takes the cake as the cult leader "Father". He's spot on and perfect in the role. He doesn't overplay it at all. Highly believable.


Great film and well worth the watch. My fault for assuming Ti West would toss a zinger in at the end. :)  Check it out! Posted by malcoJOJO at 8:00 AM