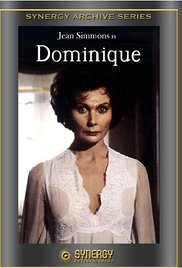 Michael Anderson (LOGAN'S RUN, AROUND THE WORLD IN 80 DAYS) directed this fine little chiller from 1979. It's not a perfect film, mind you, but it has a charm to it. Like a warm blanket for me. Perfect for viewing on the sofa under a blanket.

Cliff Robertson and Jean Simmons play Mr and Mrs Ballard. Dominique Ballard had suffered a nasty fall down some stairs and seems to be having some issues with knowing what she's doing and saying while bumping around the old house. She has arguments she doesn't remember. She seems to have stolen a bracelet from one of her dinner guests. Then...she sees someone hanging in the greenhouse. Is she loosing her mind?

Well, as the title says, she doesn't live long. She hangs herself in the same greenhouse she saw her grim vision in. However, it's not long before Mr. Ballard starts seeing visions of his own. Visions...of Dominique. 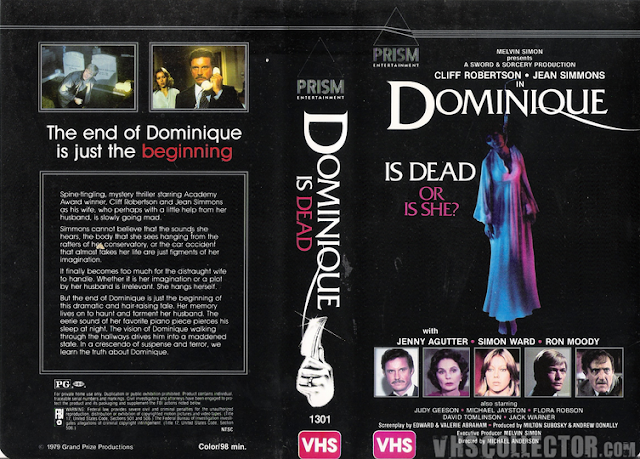 I don't really want to say more about the film here for fear of spoiling things. It's a simple film, but the way it's played out makes me happy. There are some fun visuals and interesting twists. (Albeit, simple ones that a movie lover will see coming from miles away. hehehe)

Available on YouTube and Amazon Prime at the posting of this article. Video below.