The Horror At Gallery Kay 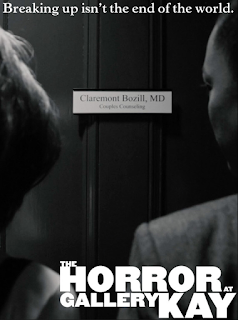 I saw this film a while back and sat with it for a long while...pondering. Then, I had to send my computer away (long story) and thought about it some more while waiting for a new computer to arrive. Lots and lots of thinking. I enjoyed this film and truly think others will like it as well, but I'm not sure many people will give it a fair shake.


There are artistic horror films like THE PASSION OF PAUL ROSS and THE MOOSE HEAD OVER THE MANTEL that I really enjoyed, but that might not play well with a wide audience due to the vision being presented. This is a total shame. THE HORROR AT GALLERY KAY is one of those films for sure and I believe the only fix is to get it into the right people's hands. Maybe this somewhat long winded review will help to do so.

I'm a huge fan of The Night Gallery. Like...massive. I also love Lovecraft and Richard Matheson. Horror at Gallery Kay feels like Lovecraft and Matheson getting together and writing a Night Gallery feature film. Like some of Night Gallery's offerings, the film makers choose to let much of the visuals play in the viewers imagination instead of trying to work up a visual with a small budget that would completely take away from the film. Let me envision something - when it's done properly, it's WAY better than showing me some silly, low rent visual effects that will just come off as silly and sad. 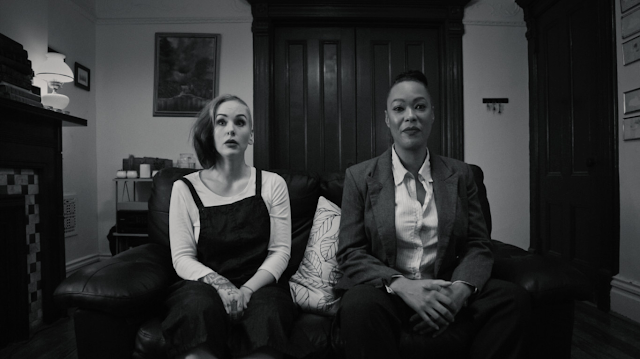 We have several stages of story here that leads the viewer along a fun, odd little tale. Petra and Olive are having relationship issues. Things are rocky and rough and it seems like only one of them cares to try to make it work - the other opting for more of a "oh well, we gave it a go" attitude. Dr. Bozill is kind enough to work with their schedules and fits them into an evening counseling session to see if he might be the bridge to saving their relationship. This is phase one of the tale. 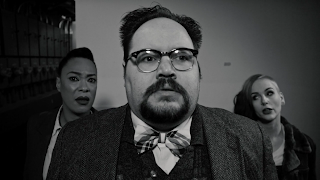 Phase two has us breaking away from Bozill's office and venturing out into the world to see just what is going on at Gallery Kay.

And Phase Three...is off the rails in wild, Lovecraft-like glory.

I had seen the trailer for the film, but didn't read up on it or research before seeing it. I didn't want things to be spoiled. As the film unfolded, I let myself get caught up in the character arcs and storylines. The play between the couple and therapist was wonderful and I found myself getting very caught up in things. I even had a few giggles at well placed humor bits here and there. I let things go, thinking that I might have misunderstood what I was going to be seeing, but I was ok with it because I was having such a good time viewing it.

When the "second phase" kicked in, I smiled a wide smile and thought, "Oh...here we go. I see what you did there. Nice!"  The storytelling and writing really made this for me. Like a great play, I was swept up into the story in a wondrous way. Things go from 30 mph to around 240mph and I enjoyed every moment of the ride. 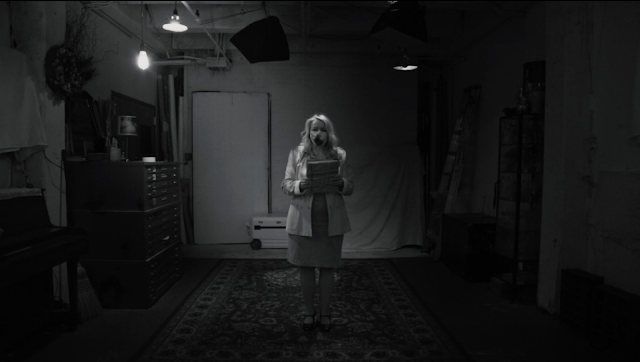 I think many people will be put off by the "first phase". It really is a relationship story and sets up our characters is great detail with some fantastic performances and camera moves. However, it's not horror or horrifying. The more ADD of viewers will be bouncing in their seats and growling at the screen. However, I found it fascinating. The three actors in the scene are playing their roles to perfection and the kinetic and interesting camera moves help to tell the tale as well. I loved this - letting my idea of horror slip around a bit as I waited for things to play out.

That's what all of these more artistic ventures into horror tend to do for me. They take the genre and weave it in a little different way.  You can even see it in classic genre films like The Iron Rose by Jean Rollin. There are no chainsaw waving, masked madmen. No monsters. No ghosts. But, the ideas and worlds created send shivers up the spine and get the mind working. While I love my maniacs, creatures, and ghosties, I also love a film that gets me thinking and involved in what's going on. Gallery Kay did just that. 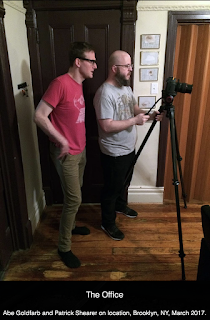 The team up of Abe Goldfarb and Mac Rogers was fantastic. I hope that they continue to
work together and get higher and higher budgets to play with. I'd love to se this film play out with a real heavy hitter amount of cash behind it. I loved it at this level and seeing more bells and whistles added into the mix would be a ton of fun.

This is a "thinking person's" horror film.  It's meant to be thought about and if you are not wanting to do that, don't bother with The Horror At Gallery Kay - you won't enjoy it. However, if you like really diving into a film with both feet and your brain on, I believe you'll have a blast with this film.

WELL worth a viddy!


The Horror at Gallery Kay (2018) - Official Teaser from Third Lows Productions on Vimeo.