The Night Eats The World 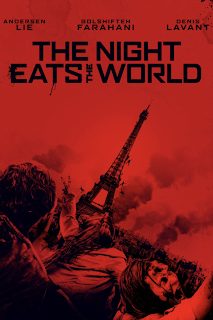 I've been slowing my posts down quite a bit, but I've heard some folks speaking about this film with big negatives and I wanted to get a little love for it out in the world. A podcast I listen to really trashed the film calling it boring and saying it doesn't really bring anything new to the table, but I can not agree with that at all. I think the film brings a lot to the mix and breathes a little...life...into the zombie sub-genre...so to speak. 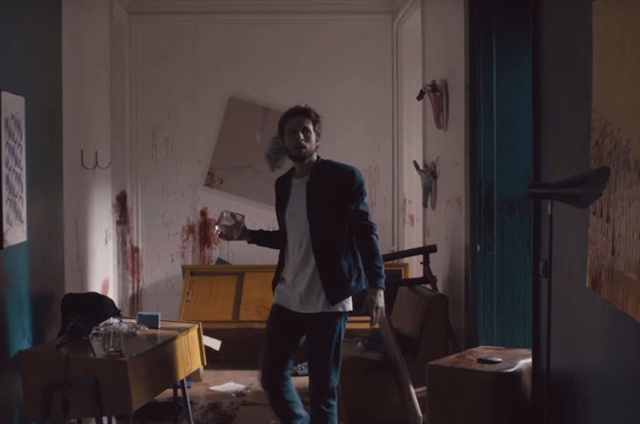 Anders Danielsen Lie plays Sam and we see him at a party in Paris as he tries to get a few items back from his ex who is now happy with another man. Sam, frustrated by the amount of time it's taking to simply grab a box, dives into one of the back rooms to wait, but falls asleep in the process. And things go to hell while he sleeps. We follow his process as he discovers that zombies have taken over overnight and as he makes an effort to plan out his new life. 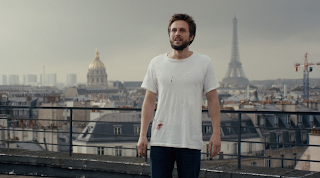 Now, the film is a slow burn character study, not an action based zombie horror fest, but there are some really horrific moments for sure. Sam needs to work out what's going on and as he plans out his moves, he has to not only process what's going on, but also needs to plan for what could possibly be a very long time held up in a single apartment building. This won't thrill everyone, but seeing as I've had several conversations with horror fans about this very subject of staying alive in a post-zombie world, I'm sure many people will love seeing this play out.


"Is this place a good place to hold up in a zombie outbreak? No way - look at those windows! And what would you do for food? How long could you wait it out alone?" 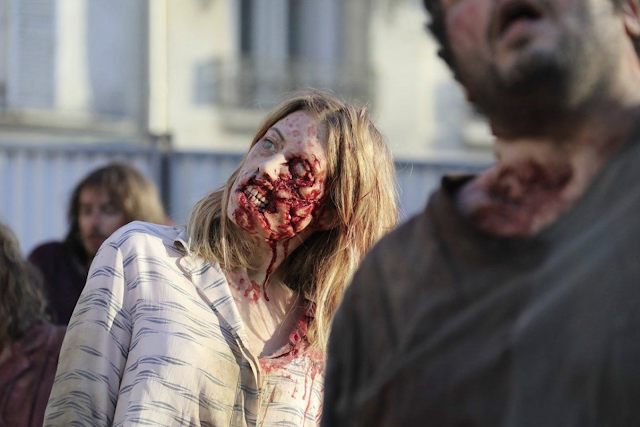 The zombies are interesting here as well - silent except for the clicking of their jaws clacking together. The first time we see them really sent a freaky jolt through me, actually. There are some fantastic zombie makeup applications as well. And, yes, all practical with no CGI blood sprays that I noticed! ::::cheers::::


Now, the film does have a 28 Days Later feel and as far as that goes, it's not "new", but the writing and acting really set this film apart. There are some really tense moments in here as well as some genuine thrills.

It's a solo story that does a deep dive into survival and loneliness.  I think it's well worth a viddy! 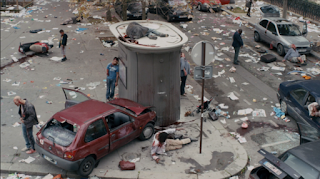