Train to Busan: I love you. 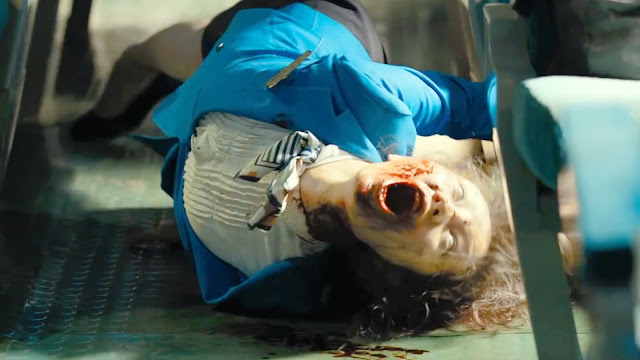 Another HORROR SHOW short, sweet, and to the point spoiler free review for ya.

Yeon Sang-ho - wow. You directed the HELL out of this film! 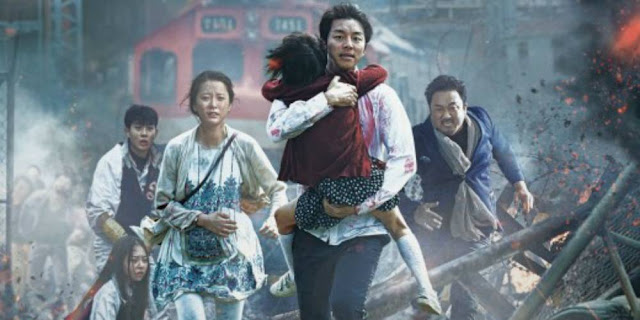 My wife - NOT a horror fan - loved the film as well.

It's my favorite horror film in ages.

Because the film has a soul, a story, and a goal. Unlike many films made these days. You care about what you are seeing. You care about the characters. You can see what's going on without jump cuts and shake-cams. Yeon Sang-ho, thank you for this.

The folks at HORROR NEWS RADIO already did a fantastic job with the review side.

The plot is super simple. A father takes his daughter to see his ex-wife in a city an hour or so away. He's not thrilled about having to do it, but it's his daughter's birthday and he feels like he needs to fulfill her one request.


But...yeah...you guessed it. It's not that simple. There's been a "RAGE VIRUS" like infection that's taking out everything in it's path. Will the folks on the train to Busan make it? Will they help each other or fight each other.

There are tropes - don't get me wrong. There are things we've seen so many times before. Characters that do the same thing. Scenes that have you groaning, "NO! Don't do THAT! GET OUT OF THERE!" But, the way they are presented is refreshing and interesting and vibrant and bound to have you clawing your legs and praying your personal favorite character makes it out alive. You're invested in the outcome. You care about the people on the screen.

Now...careful...the film has...subtitles! ::::insert DUM DUM DUUUUUUUUM music here::: And, it has a foreign esthetic that some may not enjoy.  But man oh man....was it a fun ride!

This limited release gem will be great to see in the theater, but if it's not playing near you just make an effort to see it ASAP.

Like 28 Days Later? Yeah, this is the Korean counterpart.

Man...I love this film! It brings new items to the zombie lore. It brings great action and acting to the genre. It delivers on high tension and white knuckle action. Practical effects are augmented expertly with enough CGI to get the story told.

My favorite horror film of 2016 so far for sure. 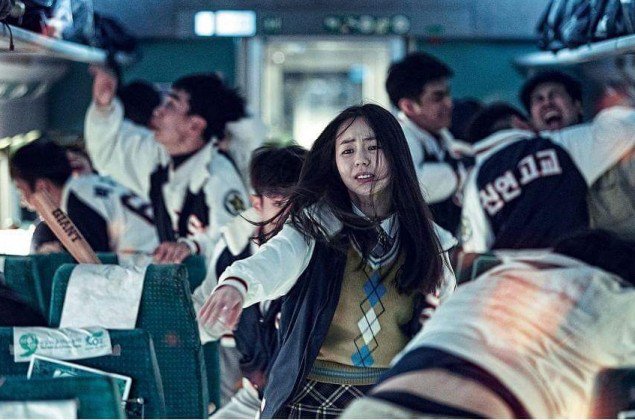 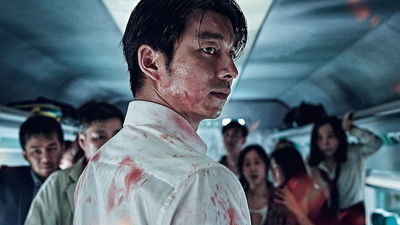 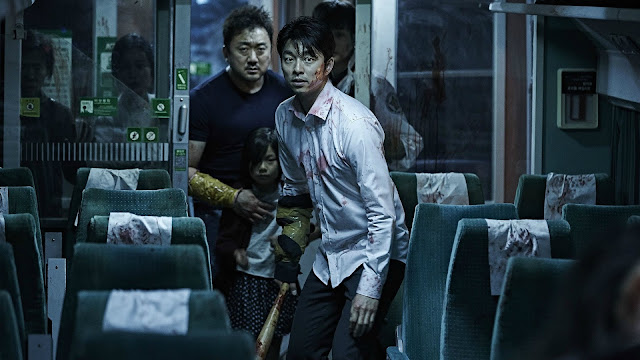 Critic reviews
As an allegory of class rebellion and moral polarization, it proves just as biting as Bong Joon-ho's sci-fi dystopia "Snowpiercer," while delivering even more unpretentious fun. Full review
Maggie Lee
Variety
Train to Busan is a public-transportation horror movie with a side helping of class warfare. Full review
Jeannette Catsoulis
The New York Times
Posted by malcoJOJO at 12:19 AM