Let's just call this film WEDDING DEAD or Til DEATH DO US PART right off the bat. If you go into it like this, you'll be happy and will have so much fun in this silly, action packed romp.

The MAIL ORDER ZOMBIE folks were expecting another [REC] film and were really disappointed in [REC]3  . (Great podcast, by the way) But, if you go into this film with the mindset that you're just going to see a fun zombie film, you're golden. Because, [REC]3 is just that - a big mess 'o' fun!

Paco Plaza delivers up something a bit new here. If you've seen the first two [REC] films, you know the drill. We're dealing with "special zombies" here and it's grand. Watching them back to back late at night is BRILLIANT! But, [REC]3 steers away from those films and the biggest problem with him doing this now is exactly what happened with the MAIL ORDER ZOMBIE podcast folks - people expected something else.

When you have something as cool as  the [REC] films, you face the issue of people just wanting more of the same. He would have been better off calling it something else and doing a bit of a re-write to separate the tales.

That said, this is just a fun (and at times, silly) film with lots of great scenes and some great gimmicks.

Leticia Dolera is delicious in this film. So cute. So adorable. And so wicked cool. And cute. :)

We run into the same sort of plot with this film - there are zombies of a special origin and they are eating people. The fact that it takes place during a wedding adds some dimension as well. You have two people's closest family members there...and being killed. The bride and groom get seperated and spend a lot of the film looking for each other. There are chases. There's a chainsaw. It's all brilliant and fun and light and well worth a watch.

WELL worth a viddy. Just keep it light and calm and fun and you'll love it. :) 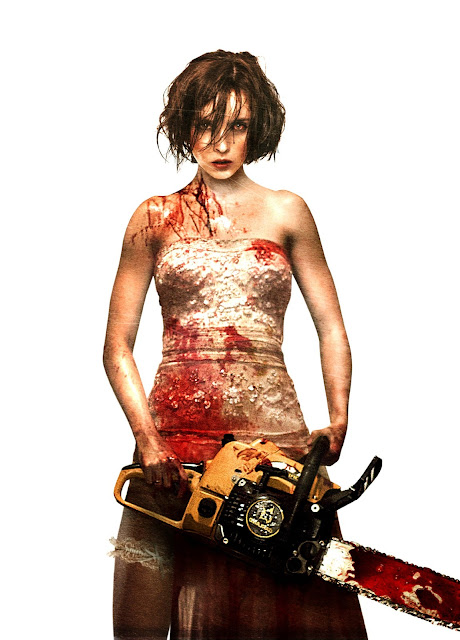 Posted by malcoJOJO at 9:06 PM