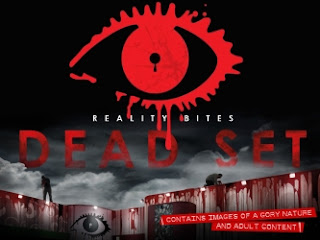 It makes me sad sometimes. I think about how I used to LOVE a good zombie or walking dead film and now it's so mainstream it hurts. Everything has zombies now. Car commercials, kid shows....   However, there are a few choice zom nuggets in the world - still clawing there way up into the light of day and away from the swell of zombie poop in the world.  DEAD SET is one of those prize picks that will fill you with love for the genre again.

First off, this is from the UK. It automatically gets a point for being foreign. :) They also don't mess about with trying to hide the gore and violence. (Again, see UK) It's a zombie film and they put it all out there. ALL...like intestines and blood. All over the place. The original air date was October 25, 2010 and there are a total of five episodes at about 45 minutes and episode. So, if you're crazy for zombies like I am, you can watch the whole of this amazing epic in one sitting! 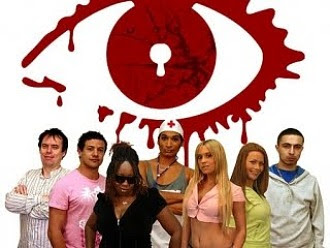 The BIG BROTHER house is having a big event. Cameras, crowds and fantastic live TV times are being had. In the control room, the head prick in charge is doing his best to keep his pack of idiots in line and making sure they all know who's in charge. The Big Brother occupants are being their glorious selves. The crowd is eating it up with a spoon. The cameras...are rolling. 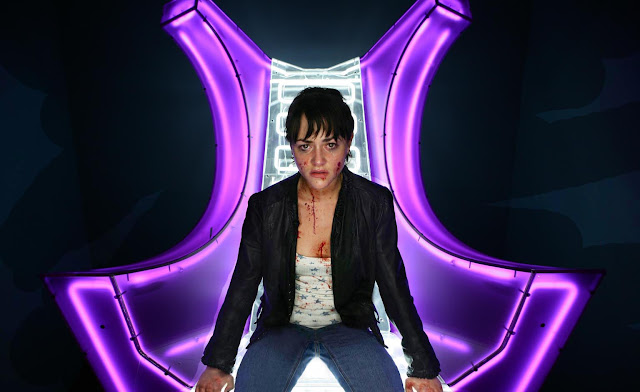 And, like a flash fire, all hell-on-Earth breaks out and the beginning of the end rushes over everything. This mini series hits the ground running and doesn't stop. It juggles multiple characters and multiple locations as it shows us the horrors of a full scale zombie outbreak. Brilliant writing and a simple setup shows that you don't need a WORLD WAR Z budget to knock out a quality product if you have good writing and a committed group of actors.

WALKING DEAD, take note! I'm not sure what the budget was for DEAD SET, but man...it had far better writing and pacing than WALKING DEAD does. And, it really was about the writing. It made things interesting and showed us a very small section of what was happening, but presented it in a grand and shocking way. I wish these folks were doing the WALKING DEAD instead.

WALKING DEAD bashing aside, DEAD SET is a must for horror and zombie fans. You need to seek it out. The whole set is available on AMAZON for $8 on Instant Download and DVDs are out there, though it might be slightly harder to find.


Watch this at once!